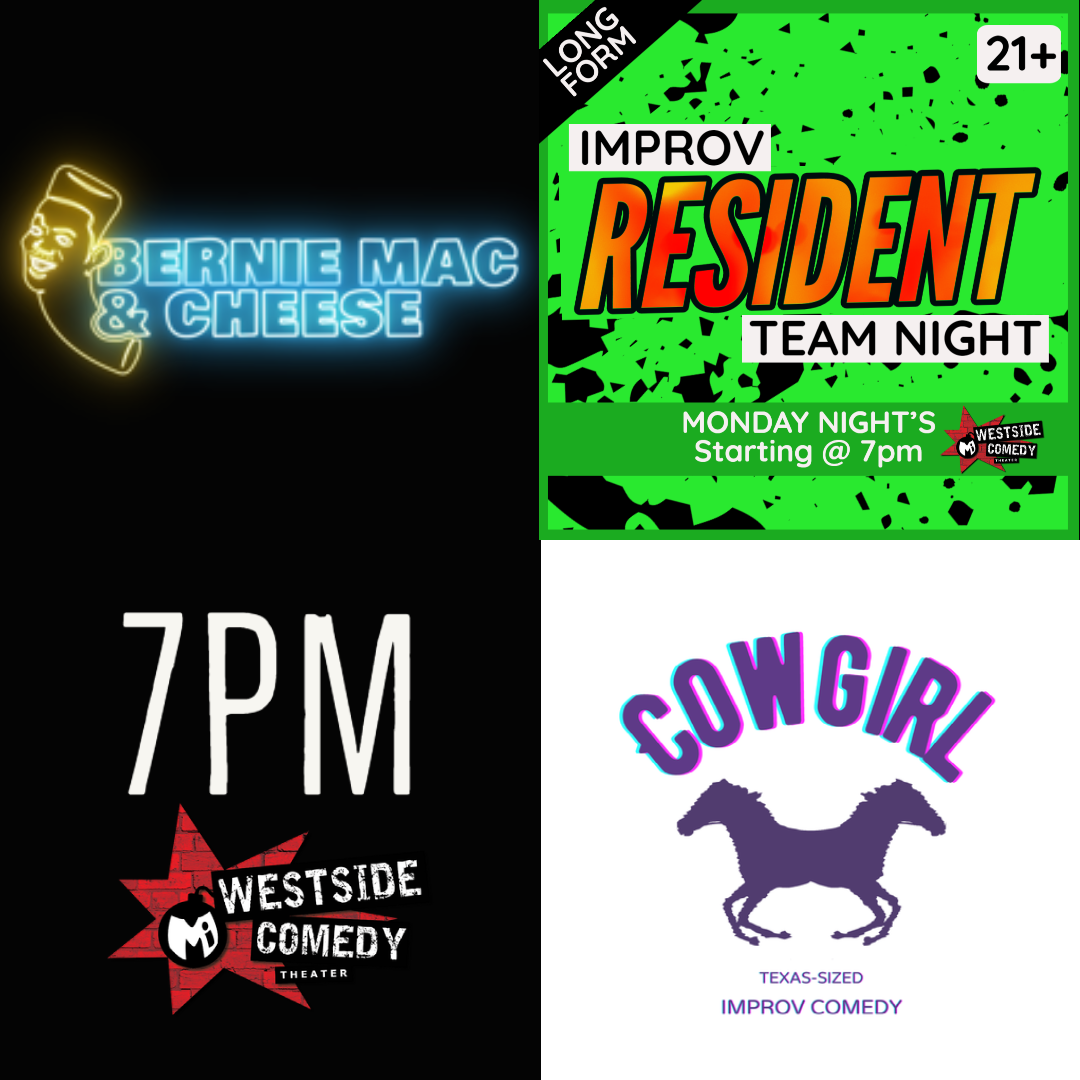 A herd of Austin-to-LA transplant comedians kept bumping into one another while on the hunt for decent brisket, searching for a good swimmin’ hole, or asking bartenders if they served Happy Meals (iykyk). Feeling home sick, they decided to work through the pain the only way they knew how. Improv comedy!

Individually they’ve played all over Austin and LA for many years, now they’ve banded together to form Cowgirl, a comedy team bringing the Texas heat. Performing a southern-fried version of The Armando (The Carlos), they invite a guest or an audience member to share a story and mine the juicy details to spin a yarn full of big characters, wild ideas, and possibly an anthropomorphized hard drinkin’ tumbleweed named Erma who knows what you did behind the barn, Josh!