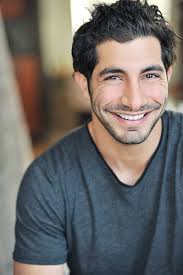 Paul Elia is an actor/comedian of Chaldean decent. Originally from Detroit, Michigan, Paul started his career as a stand in for Michael Imperioli on the show Detroit 187. After the show was over, he relocated to Los Angeles is 2010 and has had several guest appearances on television shows such as Marvel’s Agents of S.H.I.E.L.D. and Mixology. As an actor, Paul has appeared in several films, including Dirty, starring Roger Guenveur Smith, Chaz Bono, and Tony Denison. Stage experience includes ovation nominated plays such as The Interlopers and Dates and Nuts both written by Gary Lennon, who is also his homie.

Paul began doing stand up in 2010 right before moving to Los Angeles. His first show was at MGM Casino in Detroit, Michigan, where he lied to the host about being a comedian for years in order to get stage time. After bombing in front of 2500 people and embarrassing his family, he decided to take it seriously and work on his act when he moved to Los Angeles. Since then, he has done stand up all over the country including tours and festivals in Detroit, Chicago, and the Middle East. He has opened up for such comedians as Dana Carvey, Jason Stuart, and Chris Kattan. A lot of his comedy revolves around his disapproving parents and growing up in Detroit. He is also a nice guy.