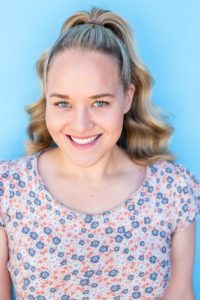 Lindsay is an improviser and comedian living in Los Angeles. She has studied at UCB, iO West, Groundlings, and the Westside Comedy Theater. She has appeared on VH1, and Comedy Central’s ‘Not Safe With Nikki Glaser’. She is a writer for Obsev Entertainment, and a host for Hollyscoop. Whenever she is not performing or writing there is a strong chance she is cuddling with her dog!