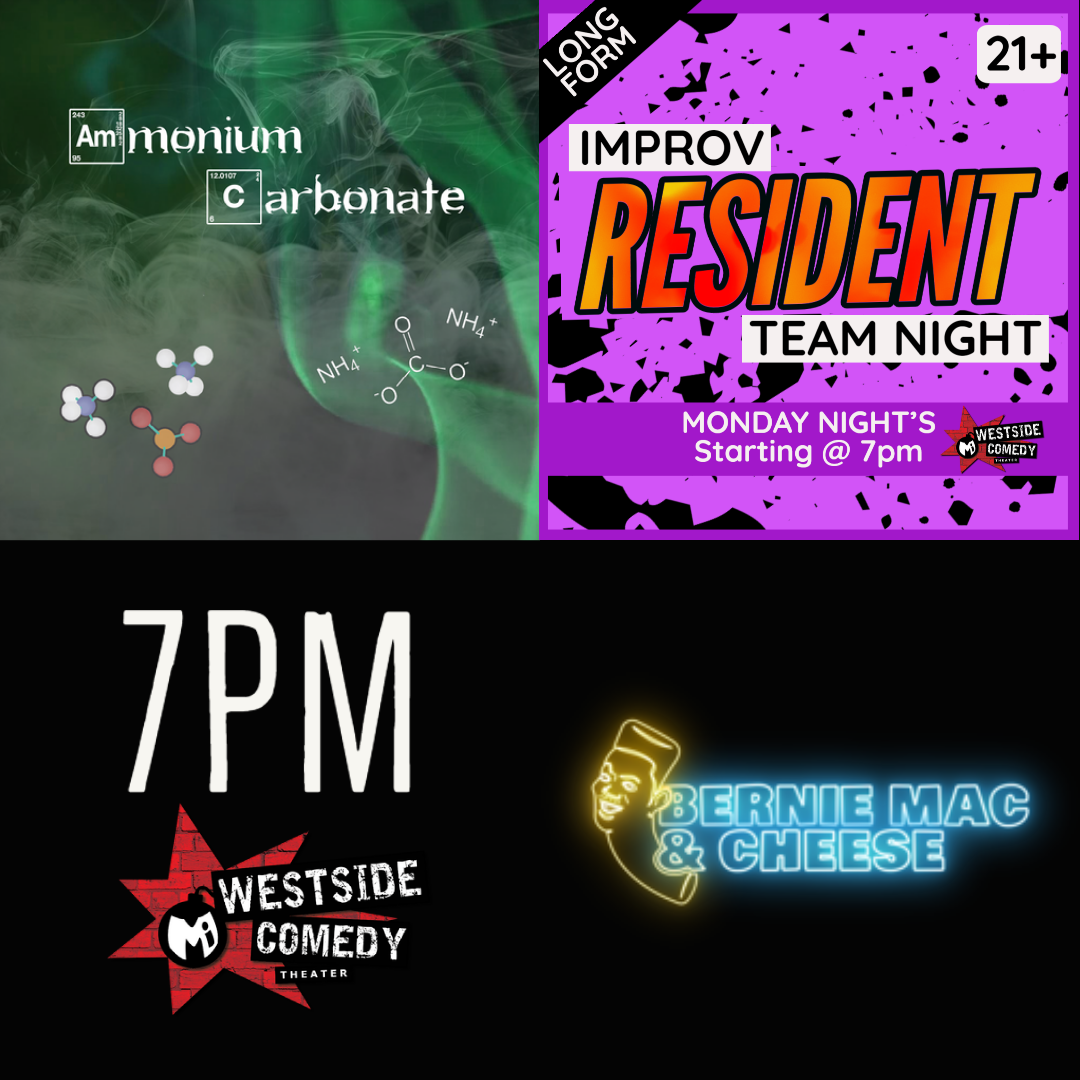 This team all met at Westside Comedy and have all performed for years on house improv and sketch teams.  In addition to training and performing at the westside, team members have trained and performed at UCB, Groundlings & iO.  Ammonium Carbonate enjoys high energy, long form improv shows that generally focus on finding a central theme and always to wrap the show up by calling back early ideas and letting all the worlds collide on each other.