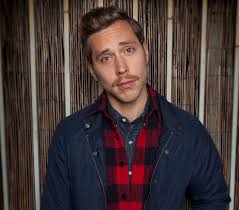 Karl Hess is a person & stand-up comedian, writer, host and actor who lives in Los Angeles. He is the only person ever to do all of those things. He also enjoys tacos and leisure.

Karl has performed at the Montreal Just For Laughs Festival,SXSW, San Francisco Sketchfest, The Bridgetown Comedy Festival, the Laughing Skull Comedy Festival in Atlanta at which he was a finalist, HellYes Fest in Austin & New Orleans, the High Plains Comedy Festival in Denver and numerous others whose inclusion might render this biographical blurb unwieldy and verbose, which, let’s be honest, nobody here has time for. He has been featured on TruTV’s “World’s Dumbest..”, FUSE, AXS TV, numerous national commercials, written for MTV, contributed toVICE, is a host of The Elite Daily Show on the go90 network, and he plays regularly at the top shows in LA, as well as all across this great nation.