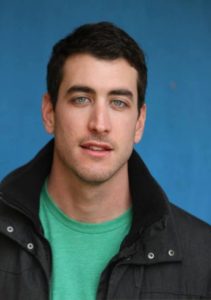 Shaun Boylan is an actor, comedian and performer currently residing in Los Angeles, CA. Shaun grew up in South Florida and attended Florida State University where he was a member of FSU’s premier improv troupes Oncoming Traffic and Slow Children Playing. Shaun decided to pursue his passion for live comedy and improv by completing the improv program at iO Chicago (Improv Olympic) in 2008 and then eventually moving to Los Angeles, CA in 2010 after graduating from school.
Shaun continued his training at Second City Hollywood, where he performed in the successful show Undateable, and M.I.’s Westside Comedy Theater in Santa Monica, where he also became an instructor. Shaun has performed in festivals across the country including SF Sketchfest (San Francisco), Just The Funny (Miami) and The Las Vegas Improv Festival, and performs regularly at M.I.’s Westside Comedy Theater in Bear Supply, Tin Pan, and the award winning show Mission Improvable. Shaun thinks that these credentials are more than enough to get you to come see him perform, what more do you want?