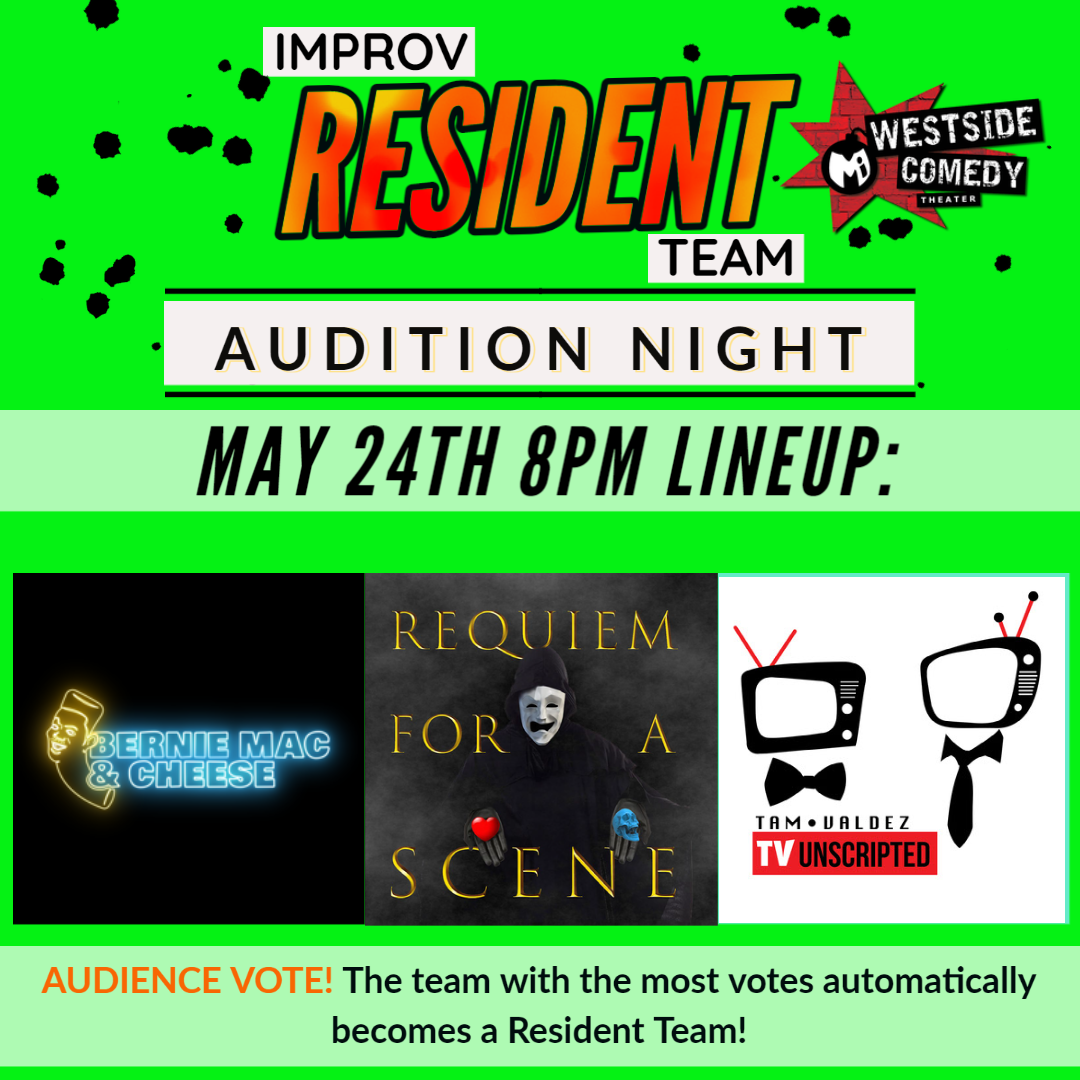 Requiem for a Scene

Our theater company, Requiem for a Scene, produces long form improvisation with a focus on emotion and connection in a form at least once referred to as “a naked Harold”. We typically perform with a group of 6 out of the overall company, often stick to two person scenes and usually remain the same characters. We do not perform the “palette cleanser” style of group scenes nor provide an opener other than taking the suggestion of a meaningful life moment from the audience. We deeply explore the relationships between our characters, striving toward heightened connections that lead to wonderful comedic moments.

The group started in the online workshops held by Chris Alvardo in the early days of the Pandemic in 2020, and now we rehearse regularly in person under Chris’s direction. Our members have taken classes and performed at the Westside Comedy Theater. Requiem for a Scene have performed shows at The Glendale Room, fanaticSalon, ArtBar, and The Clubhouse.

This is a longform improv genre show in the style of a Dungeons & Dragons adventure campaign. We bring two musicians, a pianist and a guitarist to accompany us with live music. We have some gimmicks that have worked well with audiences, including oversize dice and an action wheel that the audience can use to be part of the show. We also have prizes (sometimes 3D printed!) for participants. We have a lot of audience interaction in the show, and our format is to treat the audience as if they’re playing the adventure with us and work in at least one audience member as a character. 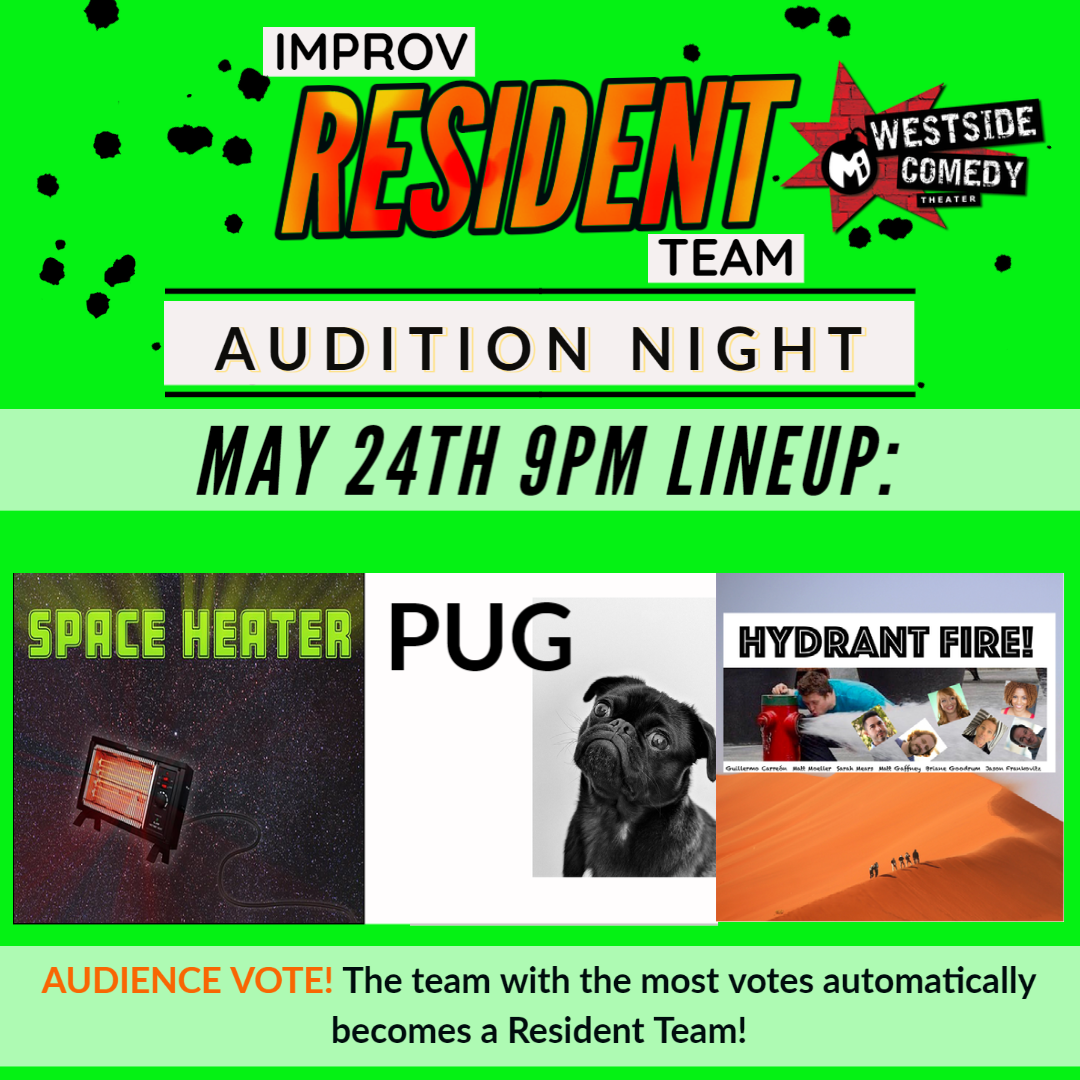 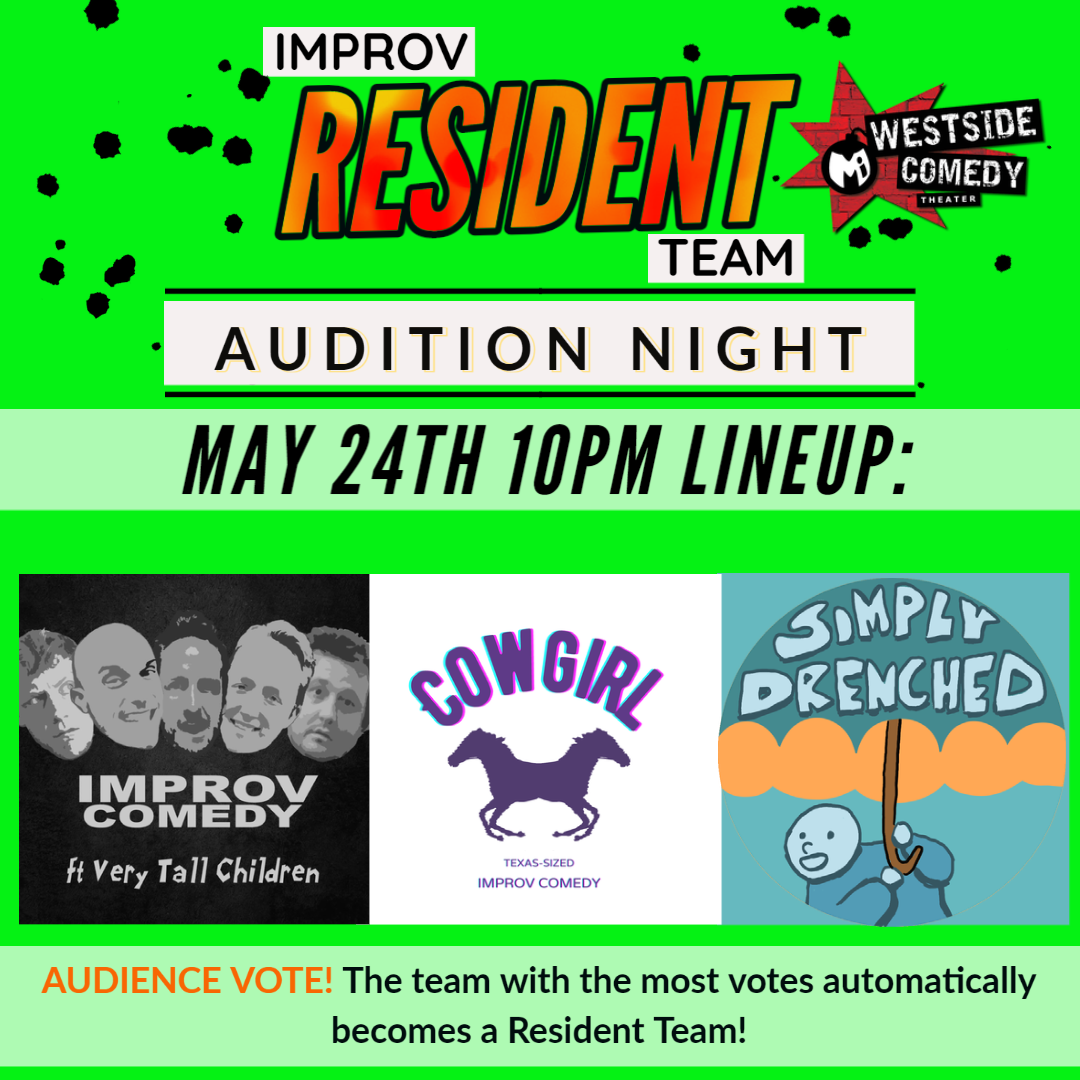