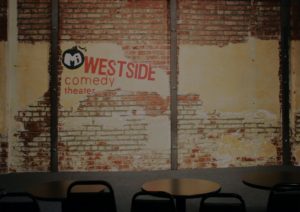 Do you feel like you’re stuck in your Stand Up material? Take your set to the next level with this one day intensive workshop. This class focuses on perfecting your 4-5 minutes, expanding on premises, writing, workshopping, and critiques that will help you level up and get your material to the next stage in your comedy career. Class will also include discussions on the next steps of your stand up career including social media, festivals, organizing your business, and perfecting your late night set.

BIO: Jenny Zigrino has been a headlining stand up comic for over seven years, with three late night sets and a Comedy Central Presents under her belt. Her work also includes leading rolls in the films Bad Santa 2, Fifty Shades of Black, and the upcoming horror comedy Too Late. She headlines clubs and colleges internationally and has been in multiple festivals including The Flyover Comedy Festival, Women in Comedy Festival, New York Comedy Festival, and was a JFL “new face” in 2016.
Please email carla@westsidecomedy.com with further questions.