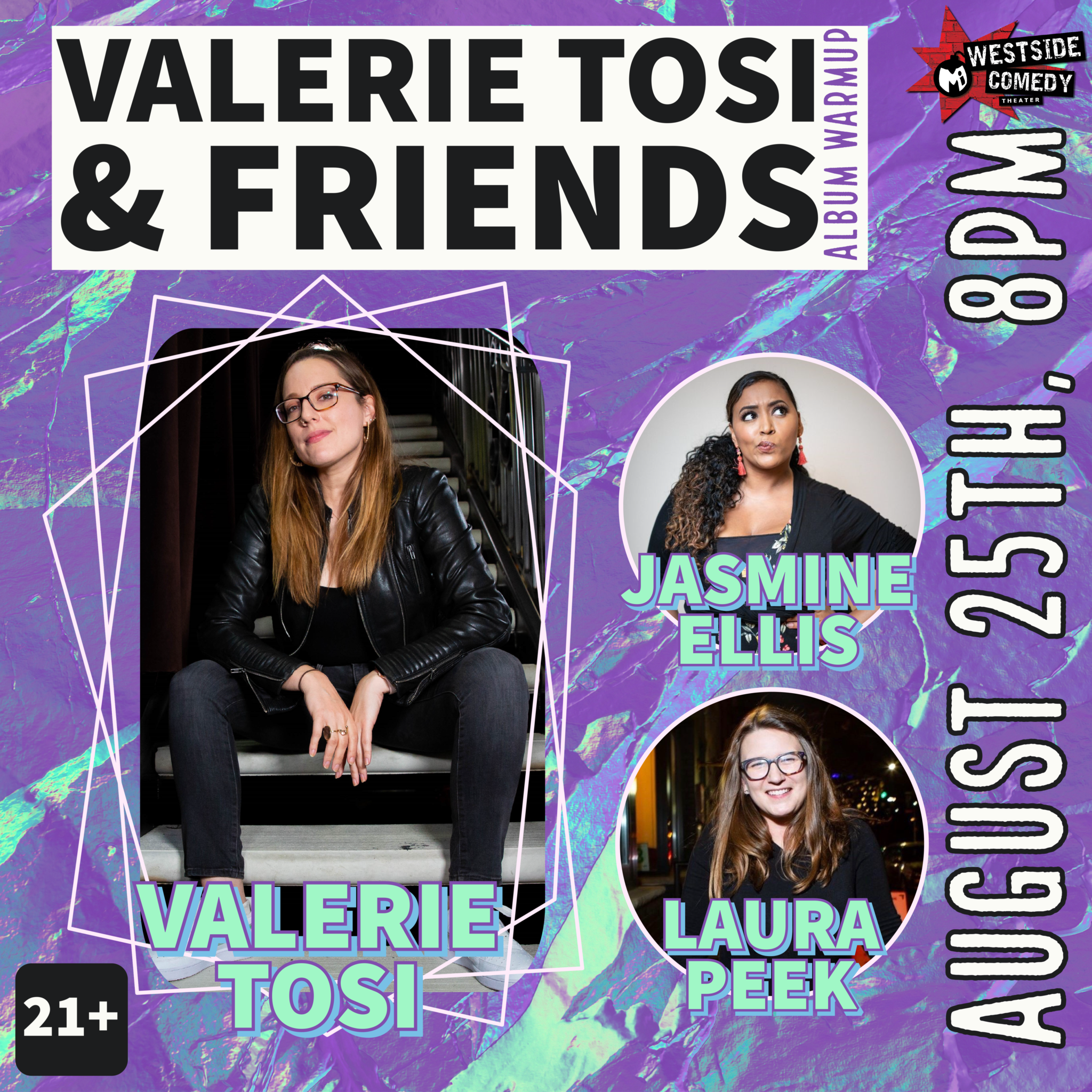 A comedian, actor, writer, and voiceover artist. Recent credits include late night debut on Conan, guest stars on IFC’s Stan Against Evil, Netflix’s The Joel McHale Show, and the lead in the feature film The Sex Addict. She features for Dana Gould on the road, and has headlined and featured at several comedy festivals including 208, Limestone, Laughing Skull, Bird City, Out of Bounds, etc. Valerie also hosts The Mermaid Comedy Hour, the longest running all female show at The Hollywood Improv. An alumni of both The Second City & iO West, her improv background led to several Buzzfeed videos garnering millions of views including a video with Kevin Hart & Ice Cube. You may have heard her voice literally everywhere as the voice of the Google Home Mini campaign.

Laura Peek is a comic from Nashville living in LA. Recently named one of the 50 best undiscovered comics in the country by Thrillist, Laura has shared the stage with the likes of Marc Maron, Rhea Butcher, Chris Distefano, Rory Scovel, and Dave Attell. She was named a 2019 Standup NBC semifinalist and was featured in the 2019 Laughing Skull and Limestone Comedy Festivals.

Jasmine Ellis is a stand up comedian, entertainment journalist, and podcast host from Dallas-ish Texas. Jasmine tours colleges and clubs nationally and has been featured at over a dozen of the top comedy festivals including Moontower (sponsored by Netflix). Her debut comedy album ‘Trashbaby’ went #1 on iTunes and has been critically acclaimed as the best comedy album by comedians you haven’t heard of on Spotify. Jasmine was honored as a “Comedian To Watch” on the Whohaha women in comedy forum and her Dry Bar comedy special ‘Nobody’s Queen’ is available on the Drybar comedy app.