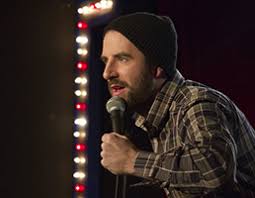 Jon Schabl is a stand-up comedian and writer originally from Toronto, Canada. In 2012 he recorded a half-hour stand-up special for iChannel and released an EP through Comedy Records; Canada’s first and only independent comedy label.

He now makes his home in Los Angeles. Shortly after moving to LA began touring with Jimmy Pardo and was a featured performer on Never Not Funny’s ‘Write Now!’ on the Nerdist Network. In the last several years he has made numerous festival appearances including 2012 and 2014 NXNE music festivals, 2014, 2015 & 2017 San Francisco Sketchfest and 2015 Riot LA festival and was featured on TruTV’s You Can Do Better.

Currently, he is one-half of the sketch duo Terrible Burglars and a contributing writer to CBC Comedy. Earlier this year his script Farm Fresh was a finalist for an International Screenwriters Association Fellowship and won Best Screenplay at the Working Lives Film Festival.