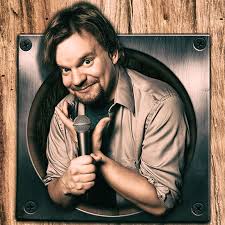 Ismo Leikola (born 22 January 1979) is one of the most successful Finnish stand-up comedians. His achievements include four nationwide concert hall tours and boasting four different two-hour one man shows. He has also appeared in numerous TV shows, released two DVDs and three comedy song singles. In addition to his productive career in Finland he has been building an international presence for many years by performing at various festivals and respected professional comedy clubs around the world.

In 2014 he won the ’Funniest Person in the World’ competition organised by the Laugh Factory in the US.[1] Leikola’s English speaking career has been welcomed with excellent international reviews along with excited audience feedback in several countries.