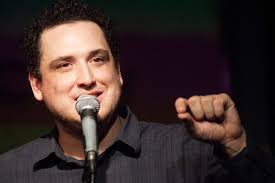 He created, wrote and starred opposite Parker Posey in a pilot for Comedy Central called “Crazy House.” His debut album, “Yelling” was released in 2016 through Comedy Central Records. He was a regular cast member on VH1’s “Best Week Ever,” “I Love the 2000’s,” GSN’s “Lie Detectors” and TruTV’s “Almost Genius.”

In 2011, he performed as a “New Face” at the Montreal Comedy Festival and returned in 2013 returned to film the Canadian and Australian television show, “Just For Laughs” and in 2016 to film for Kevin Hart’s new VOD service.

He’s an undefeated champion on TruTV’s “Comedy Knockout” and can be seen improvising stand up on the most recent season of Seeso’s “What’s Your Fucking Deal? w/ Big Jay Oakerson”

He is currently working on season two of his Comedy Central digital series that he created and stars in called “Ya Killin’ Me!”