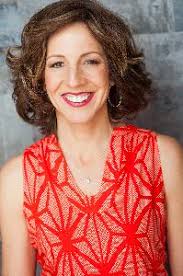 Solange Castro is a writer, stand up comic, and playwright who hails from the Berkeley, California.  She attended Berkeley High School and Yale University where she studied English Literature and Playwriting.  Solange has written for online publications and worked at many ad agencies where she has written hundreds of emails that end with “Please advise.”

As a comic she has performed all over Los Angeles, often over the sound of football games and coffee grinders. She has also performed at the LA Comedy Store, SF Punchline,  Flappers and has opened for long-time friend Maria Bamford.   In 2014 she wrote and produced the play “Changes In The Mating Strategies of White People,” which ran at the Lounge 2 Theatre in Hollywood.  In 2015 she was a finalist for NBC’s Late Night Writer’s Program.  Her play “We Are Experiencing Some Turbulence” saw a staged reading at Sacred Fools theater. Her newest play “The Salsa Lesson” draws on her 11 years of salsa dancing in Los Angeles.  You might catch her on Netflix’s “Lady Dynamite” as Maria Bamford’s friend, Solange (what a stretch!).   She has also produced thousands of comedy shows including, “Standup Schtick,” “Seismic!” “The Secret Garden Show,” “Joshi Kai,” “Slay Ride,” “It Got Real…What? Are You Kidding Me?” and “Heat.”  In 2016 she teamed up with young activist Jessica Cabot to begin the podcast “Jessica & Solange Take Down the Patriarchy.”  She is represented commercially by Sovereign Talent Group.  When she’s not furiously blogging or playwriting she dances salsa, eats gluten, makes fun of yoga people and talks about herself in the third person.

To learn more about me, visit my blog where I have a been oversharing since 2003 at www.searchforsanity.com.