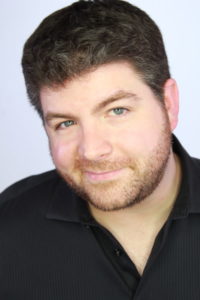 SETH BROWN received a BFA in film from the Academy of Art in San Francisco with an emphasis in screenwriting. During that time he also studied with the world renowned performance group BATS Improv, where he made it into their Sunday Company.

As an improviser Seth has performed with various southland groups including Impro Theater, LA Comedysportz, and the Ventura Improv Company. He has performed improv on major stages across Los Angeles, including The Groundlings, Second City, IO West, ACME, The Actors’ Gang, The Hollywood Improv, UCB and the Comedy Central Stage. Seth is currently a cast member in Mission IMPROVable, the flagship show at Mi’s Westside Comedy Theater and Monogamish, a longform show about relationships he performs with his talented wife Holly. He also performs as a member of The Understudies, a two person improv team that creates a full three act play from a single suggestion.

As a writer, Seth is currently working with his producing partner on several projects, and they have just had a pitch picked up for development. Seth is also the co-author of the Name 6 book series, and the Co-host of the Talkin Improv Podcast which should be debuting soon.