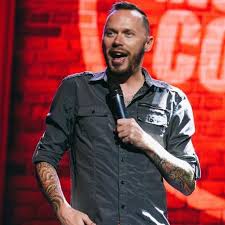 The sweetest thing to come from Unionville Center, Ohio since his Grammy’s homemade cinnamon apple sauce. Justin, a United States Army veteran, can be seen performing regularly at bars and clubs around Los Angeles. Justin has also founded the show “Comics That Care.” A show, through Volunteers Of America, for homeless veterans. Recently, Justin has had the opportunity to perform along side “The GI’s of Comedy” which has landed him spots across the country.