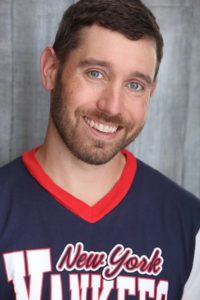 Sean Monahan is a Chicago-trained actor, improviser and teacher, having studied & performed at The Second City and iO (formerly ImprovOlympic).  Sean is one of the owners of M.i. Productions, the parent company the Westside Comedy Theater, and spent years traveling the country performing with Mission IMPROVable.  He currently runs Westside Corporate Creativity, the theater’s corporate training/entertainment arm.  Sean and his wife Betsy are raising a talented little child actor who already has a better resume than his father.