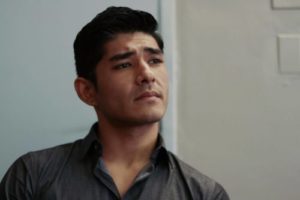 Andrew Ghai is an actor and host based in Santa Monica California. Andrew can be seen as the lead in the upcoming sci/fi horror film BLOODY EYES, directed by award winner Rafael Nani. Headlined by the feature, his 2017 has been littered with other work, including a role in WOMAN ON THE EDGE to air later this year on the Lifetime Movie Network as well as starring in the thriller DIE TRYING. In 2015 Andrew created Action Movie Anatomy, an intensely popular weekly Popcorn Talk vodcast, of which he has hosted every single episode. Heading into Summer 2017, the show has recorded over 15 million total views on youtube, with millions more audio downloads in its 100+ episode catalogue.

As well as being a founding member of Air Force Fun, Andrew also takes his clothes off while making you laugh in LA’s most electrifying male revue show; Thunderbulge!
Spend some time in LA and you’ll find Andrew on improv stages all over town, discussing the worlds greatest movies, and rooting for the Oregon Ducks.