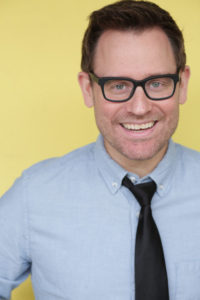 Timmy Tamisiea is a member of both the Mission: IMPROVable home show and the national touring group. Alongside performing Mission: IMPROVable on the road, he teaches alcohol awareness through M.i. Production’s Shot of Reality. You can also find Timmy as a member of the 5 time house team champions improv team, Cobranauts, teaching improv and sketch comedy for the education department and directing the hilarious sketch group Back Alley Racket Club. Outside of Westside Comedy, Timmy teaches screenwriting, improv and directing at The American Dramatic and Musical Academy. He has a BA from Marquette University in Theater Arts and a MFA in Film from Columbia College Chicago.