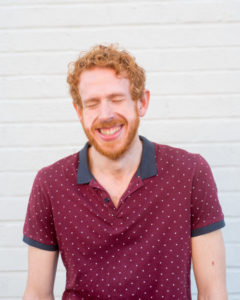 Meet the boy next door who lets his freak flag fly.  Drew is a LA based Comedian who has performed all around the US.  He was born in St. Louis, MO and raised by 90s sitcoms and the X-Men. He moved to Chicago, IL to graduate with a BFA from The Theatre School at DePaul University.  During his decade stay in Chicago he trained and performed at The Second City, iO, and Comedy Sportz.  Drew regularly performs around Los Angeles including Flappers Comedy Club and Westside Comedy Theater.  He has performed for Buzzfeed and hosts/produces the variety show Ugly Stepchildren.