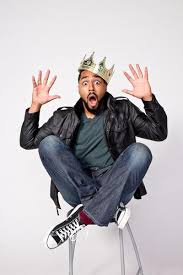 Bell first appeared on televisions across the country as bartender “RJ” when he joined Season 2 of “Whitney” on NBC. He was the host of MTV’s “Jerks with Camera’s and in 2014 was cast in a break out role as bailiff Tedward Mulray playing opposite Kate Walsh in the sitcom “Bad Judge” on NBC. Voted one of Variety’s 2015 Top 10 Comics to Watch, Tone Bell continues to regularly perform stand-up to sold-out audiences across the country. His half hour stand-up special premiered on Comedy Central late last year and he is currently prepping his hour special to shoot end of 2016.