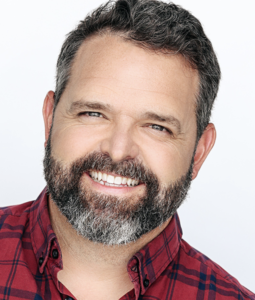 Colin Sweeney is the Co-Founder and Director of Education Emeritus at the Westside. He has taught improv to kids and teens from SMMUSD public schools, partnered with Duke University’s Fuqua School of Business as well as workshops for the US Armed Forces worldwide. He is currently a Masters of Education Candidate at CSUN. He is the proud father of a boy and girl who happen to love improv too. Before being a dad, he performed in all 50 states and internationally with the critically acclaimed, Mission IMPROVable touring company, playing a thousand shows at colleges, high schools, festivals and corporations including Lollapalooza and Disney Cruise Lines. He is also an actor and producer, known for Epic Rap Battles of History, #IMOMSOHARD, Holy Trip, ABC’s Grown-ish and Brody Stevens’ Enjoy it! on Comedy Central. Colin is a Houston native and Texas A&M University, i.O. Chicago, Second City, UCB & Lesley Kahn and Co. alum.