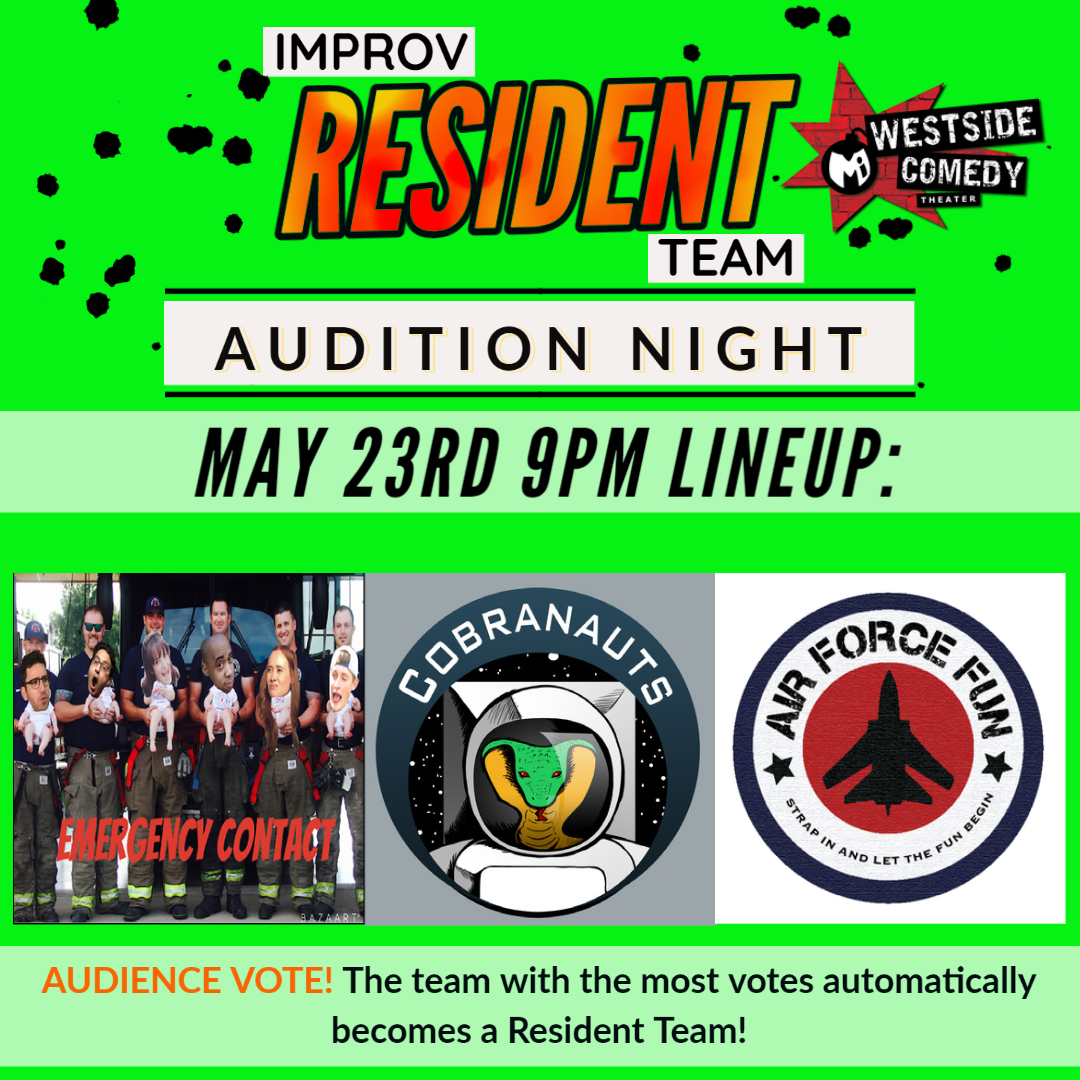 What started as a Second City House Team has evolved into a bunch of friends whose greatest joy is messing with each other on stage. Our shows are inspired by a run of fake 911 calls and from there we follow the fun while remaining grounded in character and relationship and sticking to our Harold derived structure. In addition to Second City we have also performed at several festivals including the Westside Comedy Festival, OC Improv Fest and San Francisco Improv Festival.

Cobranauts do fast-paced improv and strike quickly (much like a Cobra) and are totally out there (like an astronaut). The longest running house team at the Westside Comedy Theater and seven-time winners of their improv tournament, the ‘nauts are always excited to take the stage at their homebase and at festivals around the country including SF Sketchfest in San Francisco.

Unique stage pictures, breaking into song, and rapid-fire wordplay are just a few of the things you might witness as part of you in-flight entertainment.