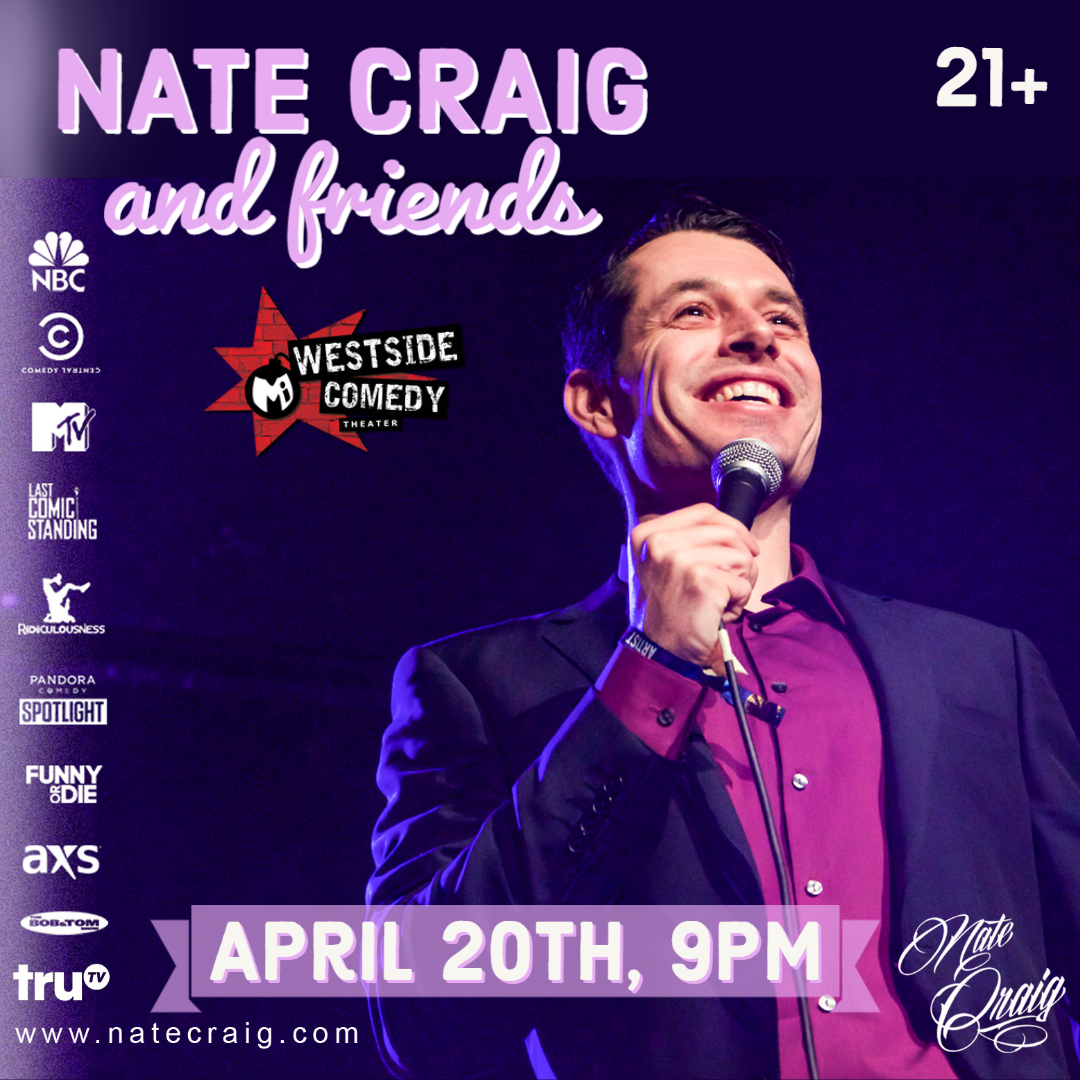 THIS SHOW IS 21 AND OVER

An internationally touring headliner, Nate is a paid regular at the Hollywood Improv, NY Comedy Cellar, and Largo (LA) among others. He plays Jonah Hill’s brother “Phil” in the hit Netflix series “Maniac” and was a cast member on TruTV’s “World’s Dumbest”. Nate’s first standup special “Preferred Customer” was released this year by All Things Comedy, and his album “Eggshell” was featured in the Pandora “Comedy Spotlight” at Pandora.com. He plays a role in the latest season of the animated Netflix series “F is for Family” and was recently featured on Season two of Comedy Central’s “Roast Battle”. He’s also been on AXS Gotham Comedy Live, Tosh.0, Comedy Central’s “Mash-up”, and he wrote for 3 seasons of “Ridiculousness” on MTV.  Nate has been featured at The Just for Laughs Northwest, Bridgetown, and HBO Las Vegas Comedy Festivals. He’s been on “Bill Burr’s Monday Morning Podcast”, “You Made it Weird” with Pete Holmes, has written for “A Prairie Home Companion” with Garrison Keillor, and was featured on the “Best of the Bob & Tom Radio Show”.  He does theater tours with Bill Burr, headlines internationally and has multiple full length comedy albums available on iTunes and everywhere else.

**Lineup to be announced**